Not only do I want to go where the celebrities go, I want to live the way they do, too. It’s a lot easier to live out this fantasy in a country where no one knows how not famous I am. And who is more famous than Barack Obama, who is not only American royalty but beloved around the world. Where does a national hero go for vacation? I will go there. Better yet, what did he do? I will do that. But let’s face it: I’m limited in time and resources comparatively, but damned if I don’t have the verve a Commander in Chief would admire. I’ll recreate this Presidential pleasure procession to the very best of my pleb potential (with some help from the staff at the incredible Four Seasons Resort Bali at Sayan, who hosted the Obama family in 2017.)

Celebration of the Arts

On the Obama’s first day on the Island of the Gods, they started at the Agung Rai Art Museum (ARMA) in Ubud. The permanent collection of art ranges from traditional to contemporary, but the museum itself is more than just a gallery. Lauded for its theatrical, music, and dance production, the Obamas were welcomed by traditional Balinese Pendet and Tumbuk Padi dance performances. Well, I wanted some of that too, but I also wanted to one-up the big cheese. I wanted snacks and drinks, I wanted intrigue and romance, I wanted front row seats! 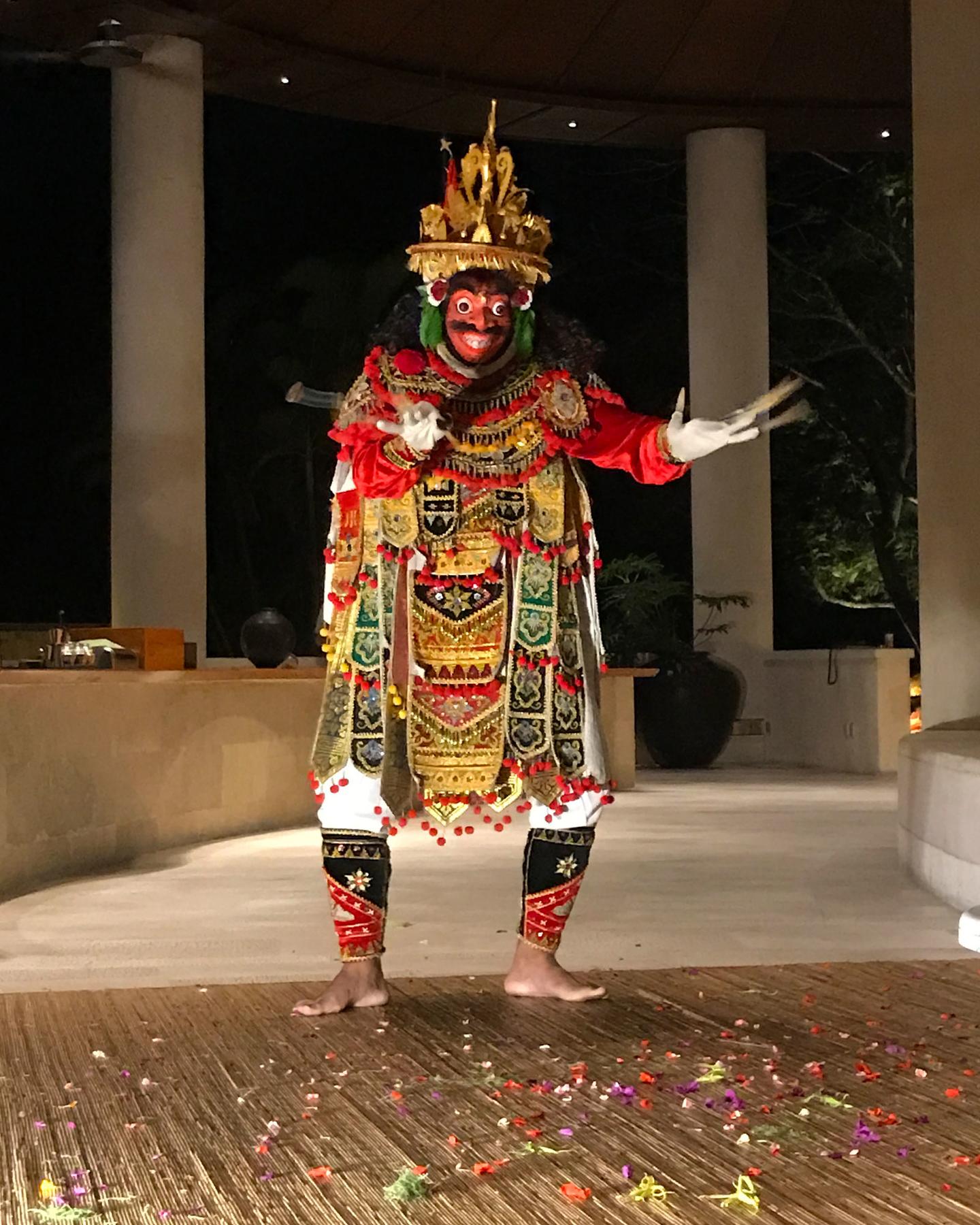 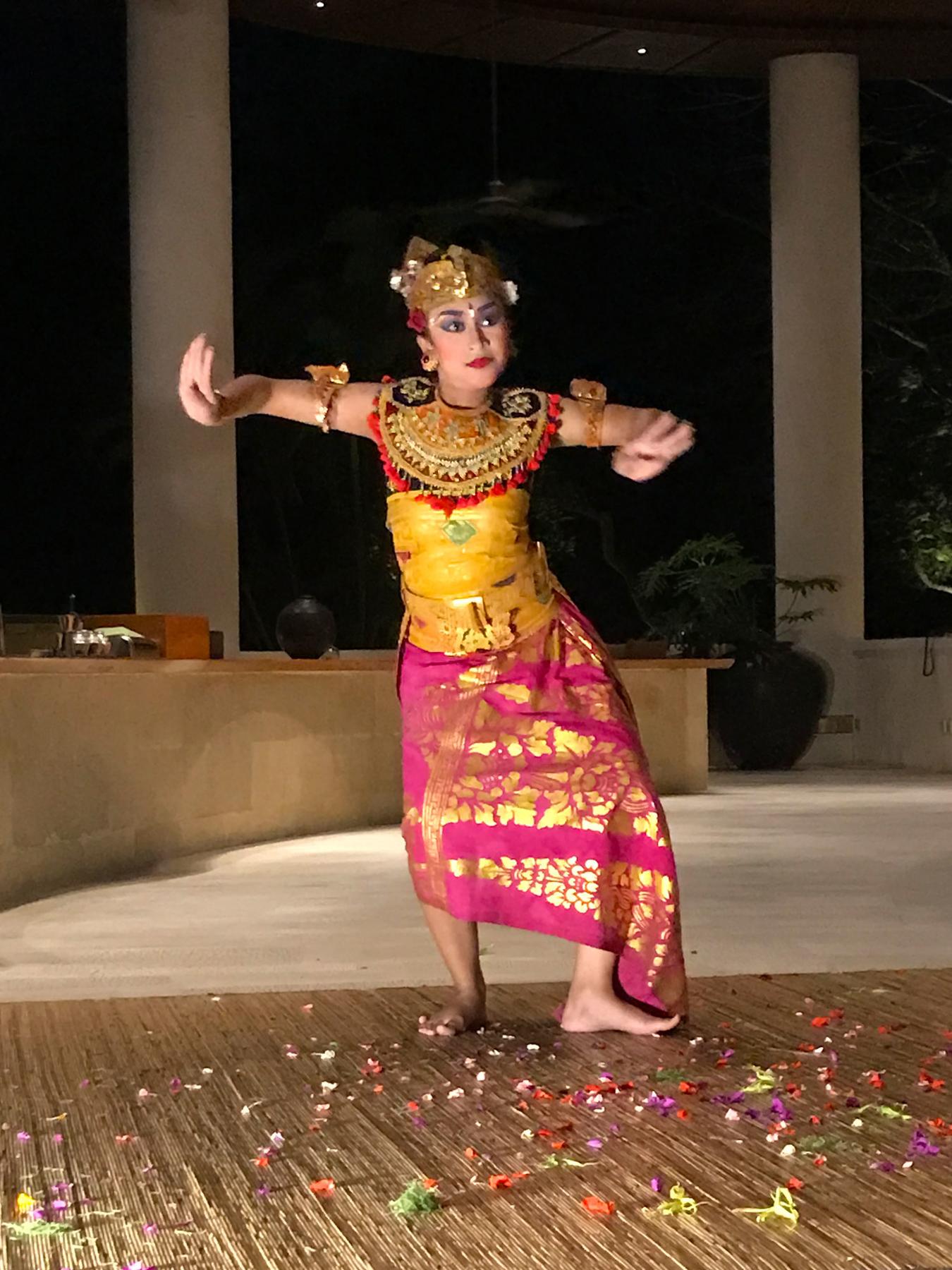 Luckily, the Four Seasons Sayan offers these sort of cultural performance in their open-air lobby and reception bar. Snacks! Delivered immediately. Romance! A surprise marriage proposal between guests and facilitated by the staff. Front row seats! Surprisingly intimate with only 18 suites and 42 private villas, means there’s no vying for service.

I read all about the Obama family trip to the rice terraces and Jatiluwih village in Tabanan, a UNESCO World Heritage Site, where they met with local farmers and hiked the paddy fields. But I wasn’t ready to face the traffic of Denpasar just yet–and I didn’t have to. A day in the life of a Balinese farmer can be experienced on Sayan’s very own terraces on the grounds (and the local village just beyond the jungle treeline), you can walk from your villa to the paddy and learn the meditative art of organic rice in the irrigated steppes. 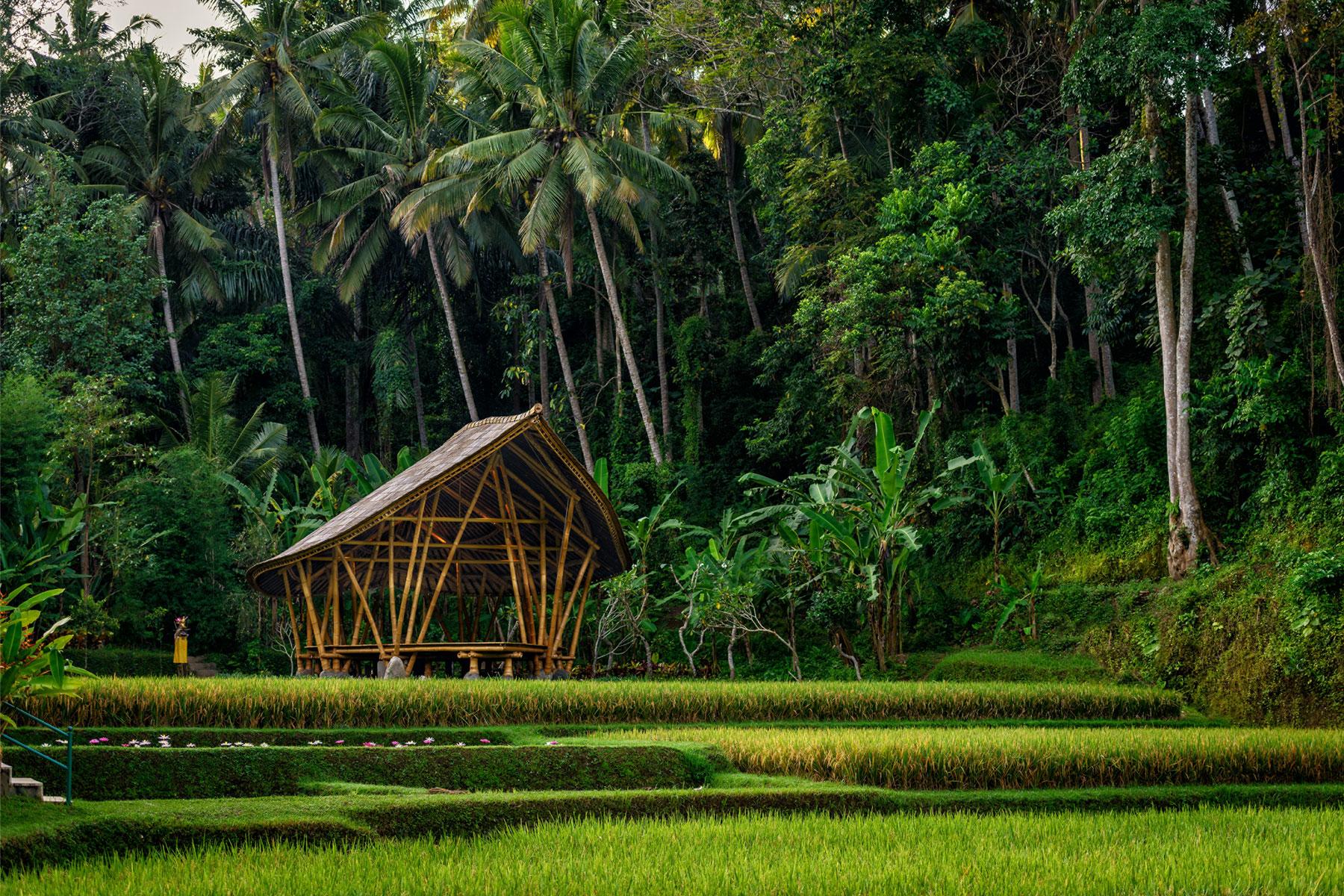 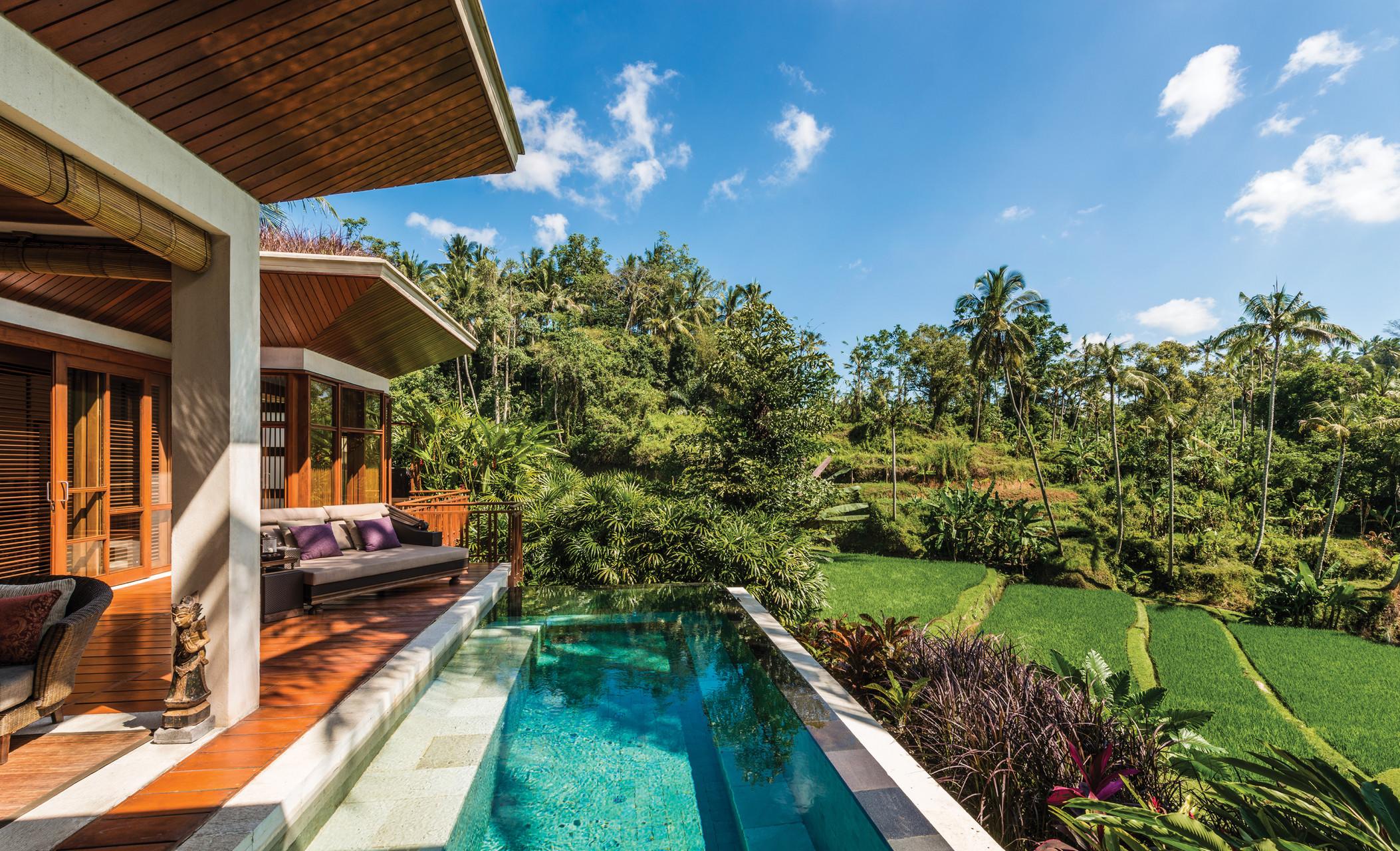 Be refreshed with extremely fresh coconut juice (the farmers will show you how to climb the palm tree, but I was being presidential, so they just brought one down for me), and then make your way through the jungle and into Sayan, where your tour and farm guides live. 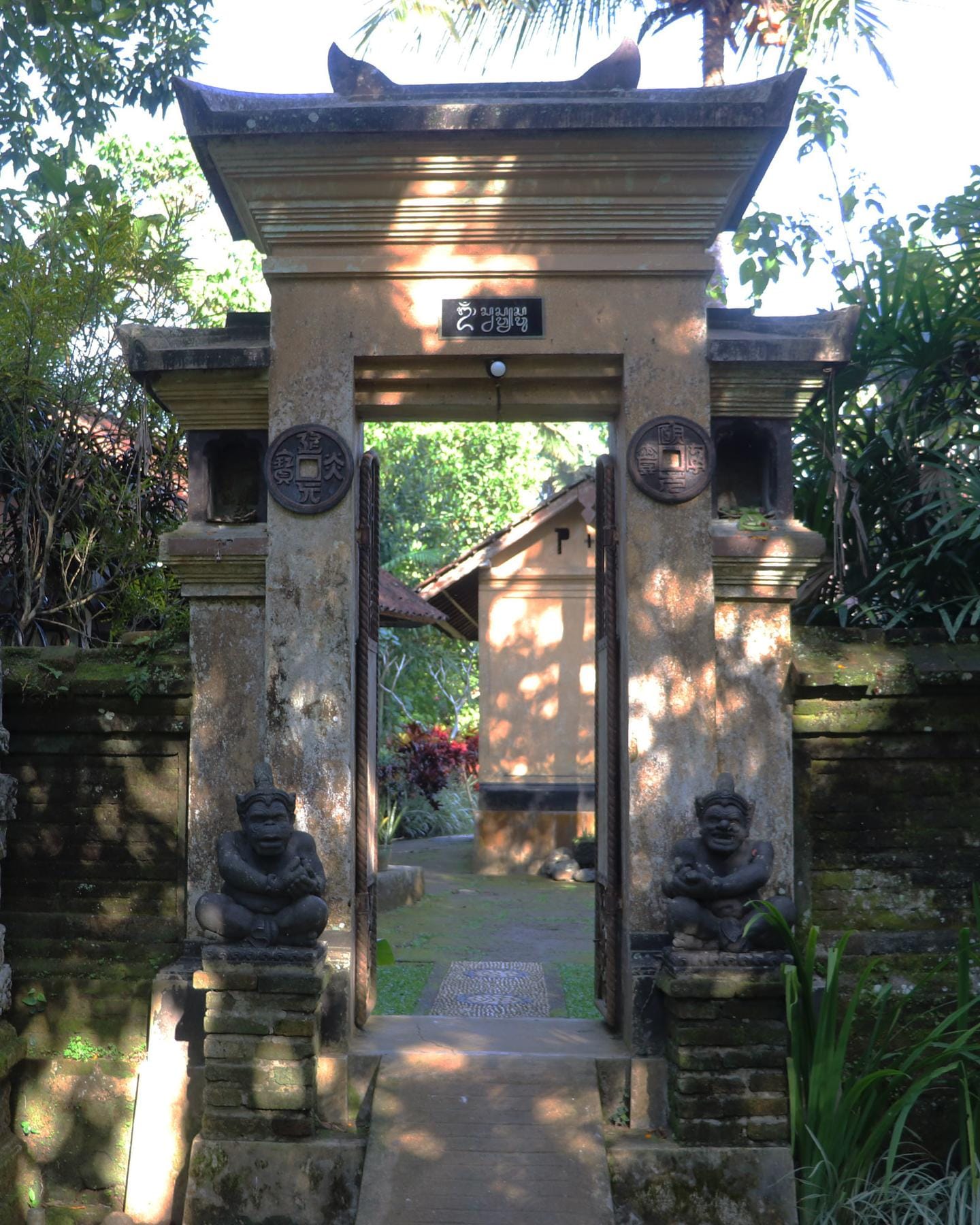 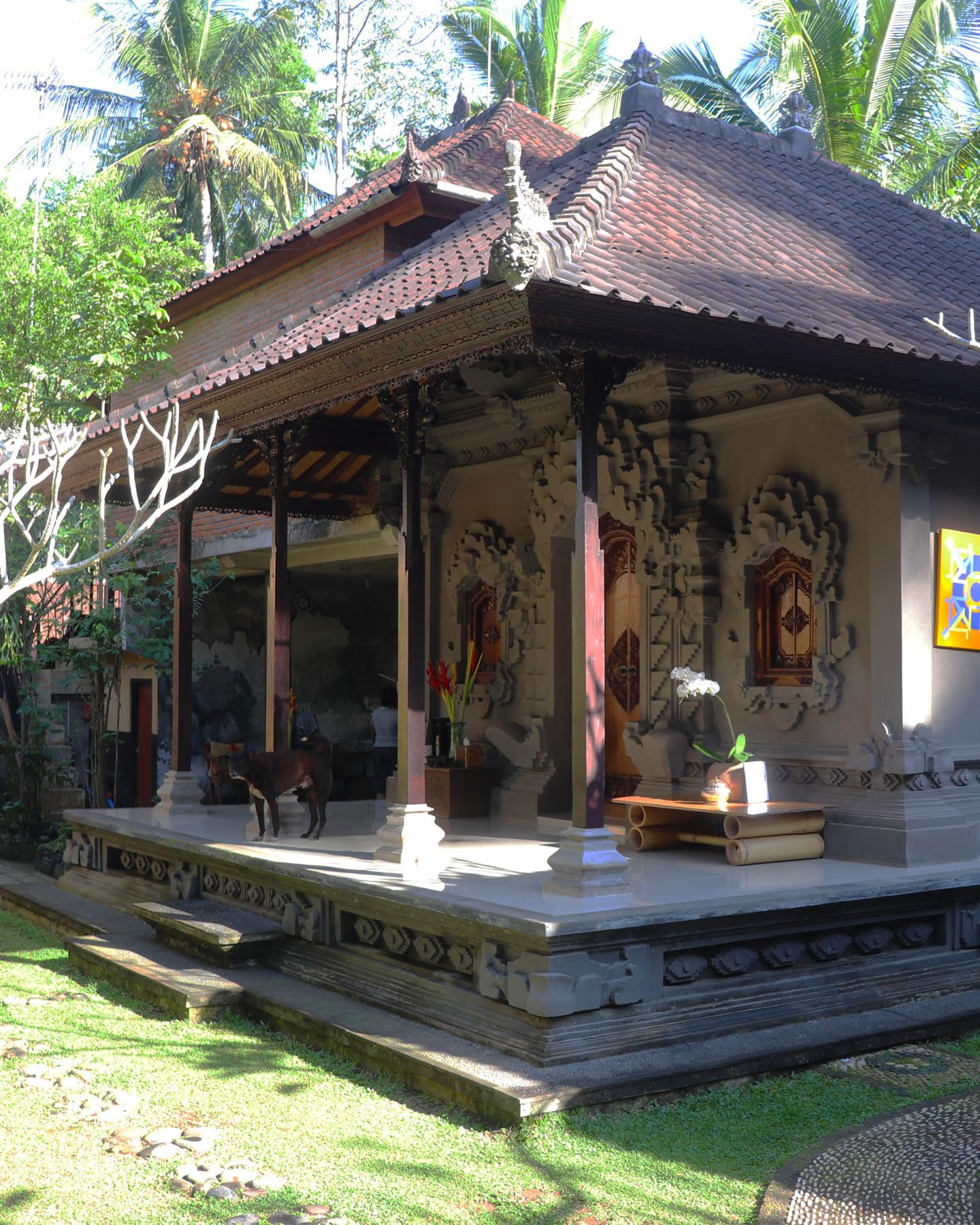 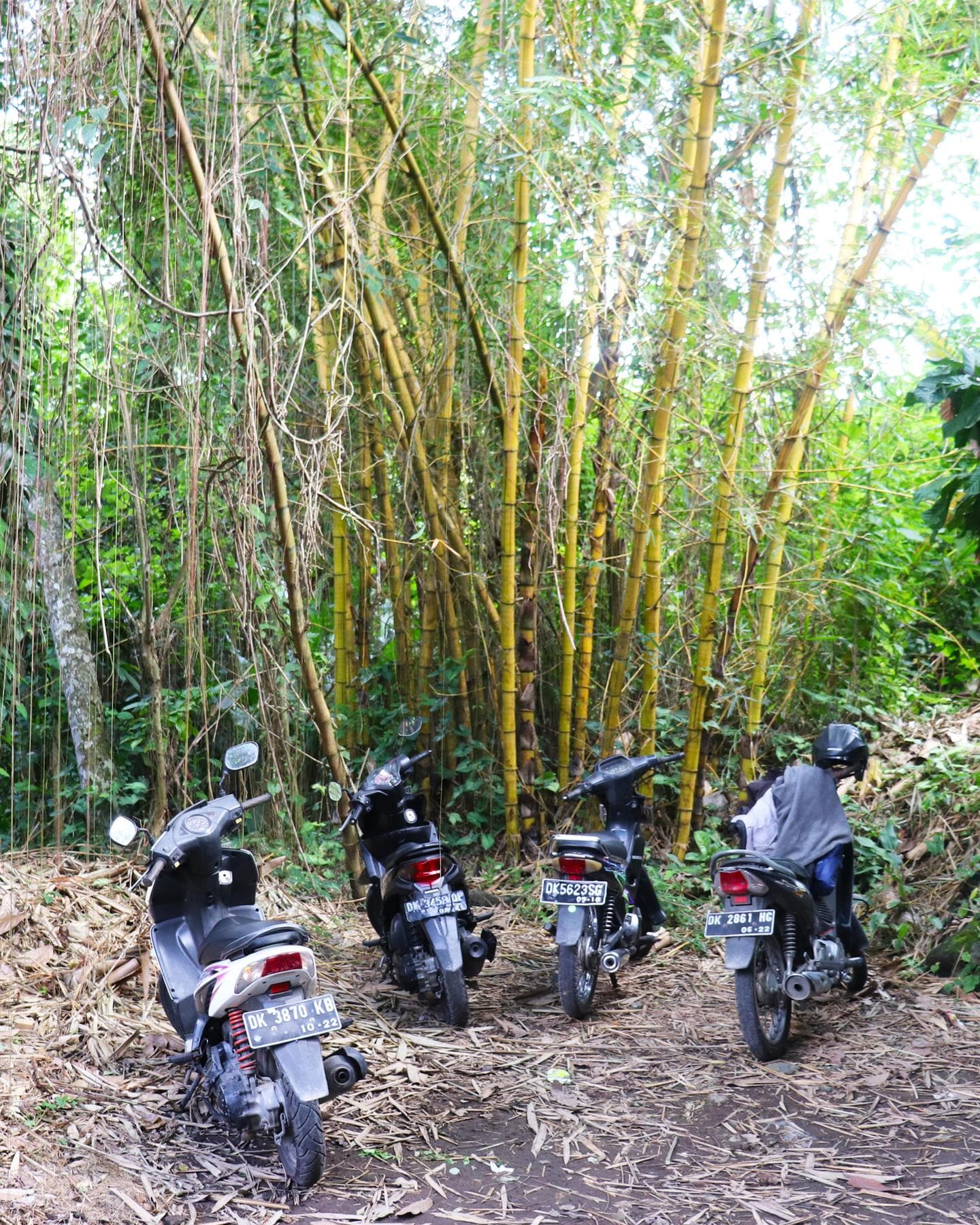 They’ll welcome you into their family compounds and show how traditional life looks before guiding you back to the spa villa. I’m sure the Obamas had a motorcade of some sort to help them beat the traffic, but I’ll take a group of highly solicitous locals who introduce you to their grandpa all the while offering you tropical fruit treats. Bonus: this adventure literally ends at the spa. 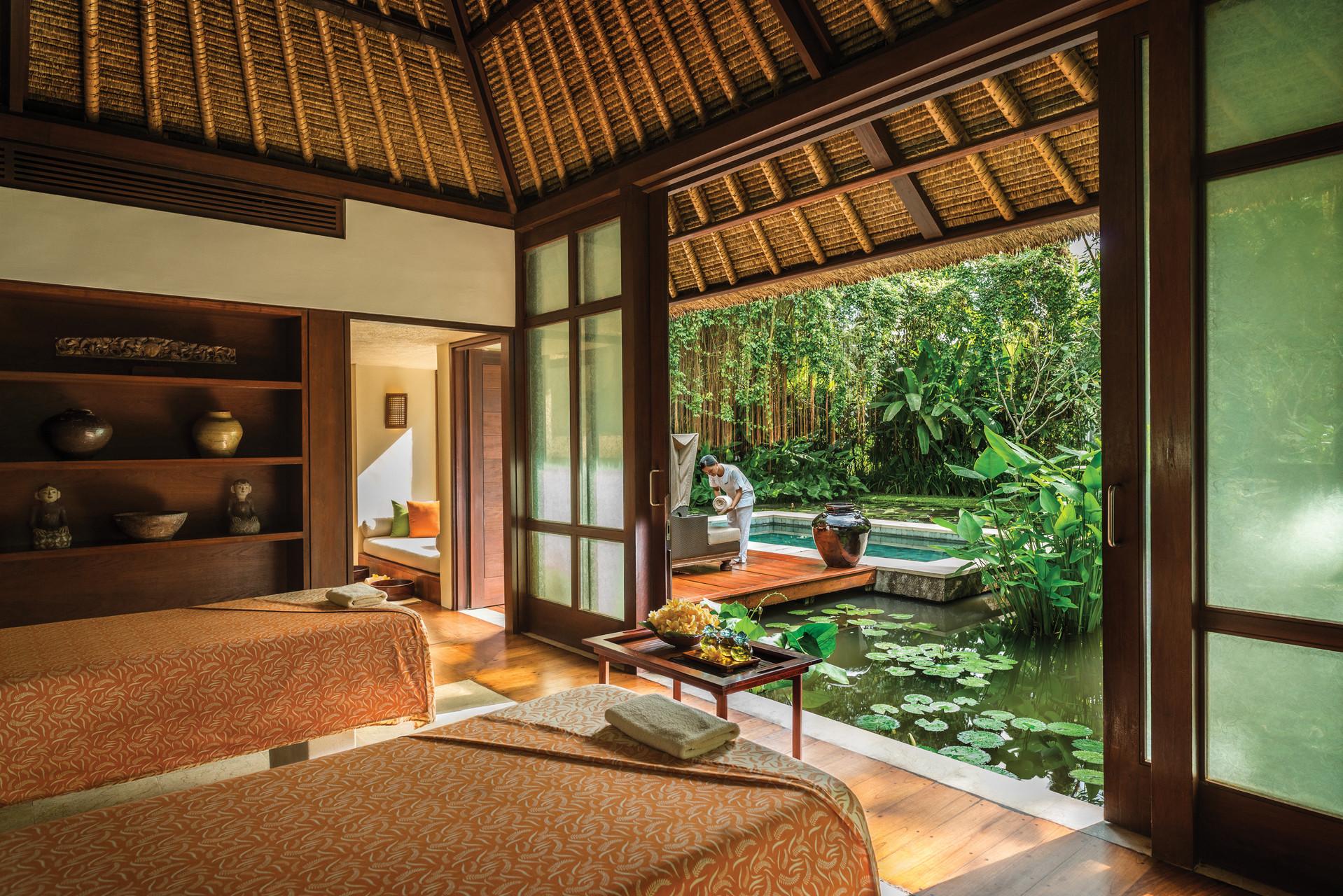 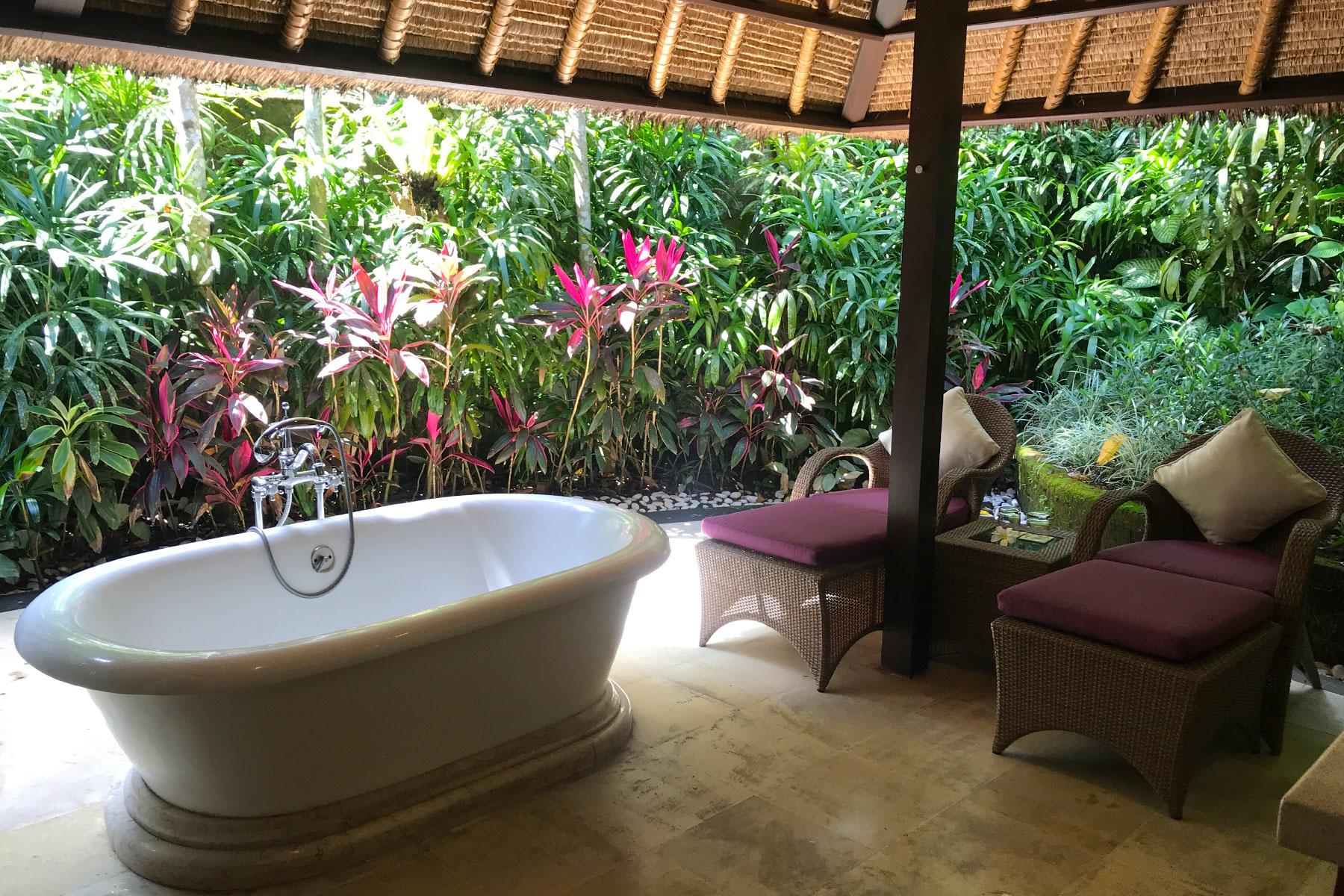 Recreating the Obama’s vacay has been a treat for sure, but when would I get close to the family? It turns out: never. But I would get to discuss their much-photographed whitewater rafting trip on my own paddle down the Ayung River–with Obama’s actual river guide. At two hours from start to finish, we had plenty of time to discuss the details of the adventure. Apparently, the family had two guides and a lifeguard in their boat with an armada of five other boats full of Secret Service as they floated the sacred river and passed through untouched jungles and towering fruit trees. I like to imagine the Secret Service still in their suits as they navigated the Class III rapids.

It was easy to see how those photos were shot. All along the river, locals shared the shoreline with fancy resorts and occasional tourist attractions (like the Bali Swing). As familiar as the residents were with the brightly colored rafts passing by, a solo traveler with a guide was an unusual sight to behold. That’s when my guide got in on the fantasy as well. “She’s a special guest,” he shouted to the curious observers on shore. “Like Obama.” Finally, I was getting my due.

Next up on the Obama family vacay was a visit to the Tirta Empul Temple—an ancient Hindu water temple famous for its holy spring water and purification pools believed to have magical powers. Heck yes I wanted that magic water! But while I enjoy Obama’s ideals and choices, his “politician of the people” thing was not really my look for this vacation. I wanted a more private spiritual experience, and with the help of the Pemangku, or Balinese high priest, and staff at Jimbaran Bay, it was all arranged in an airconditioned motorcade (with Wi-Fi!): a private trip to the 9th century Goa Gong Cave Temple for a melukat, or water purification ceremony. 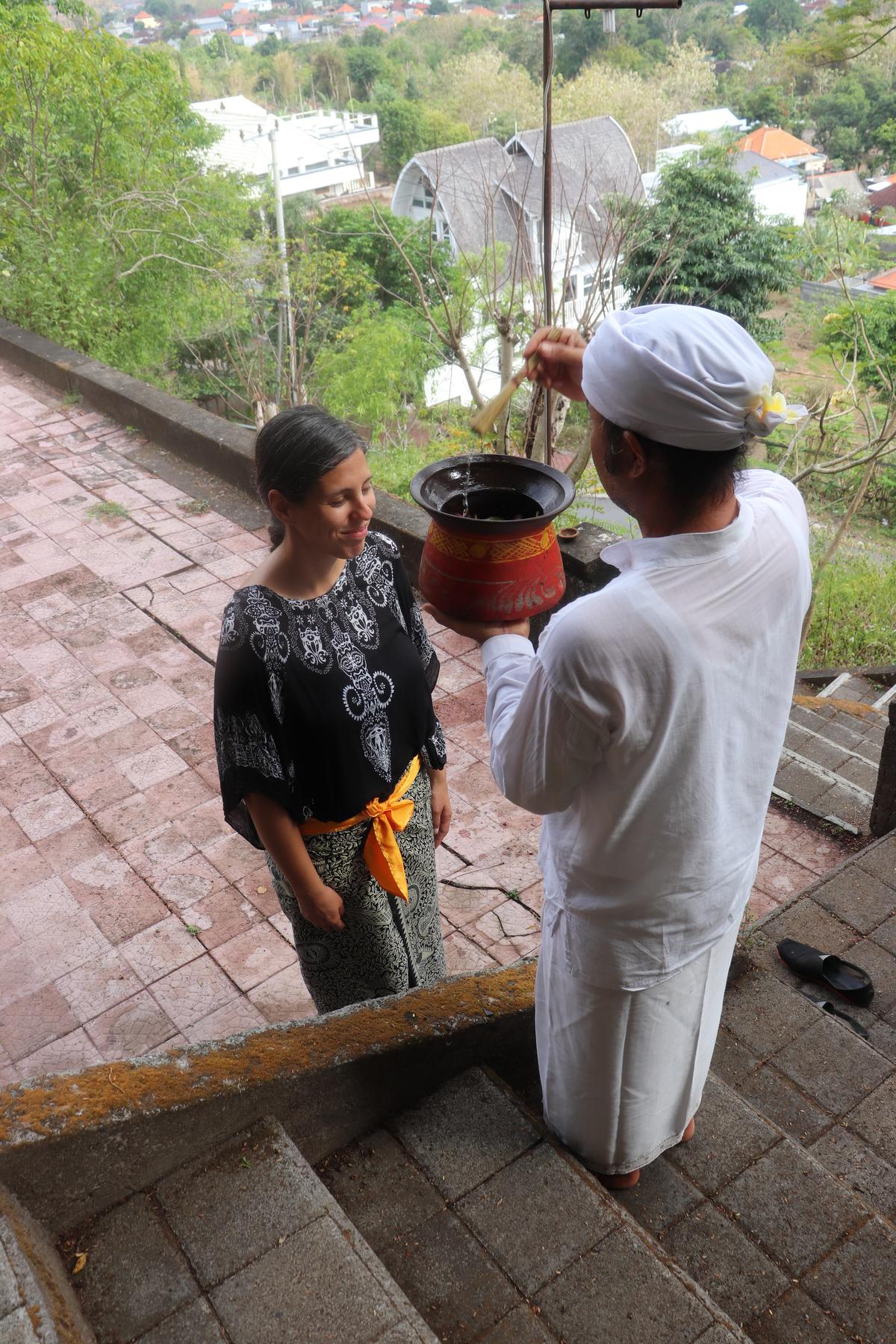 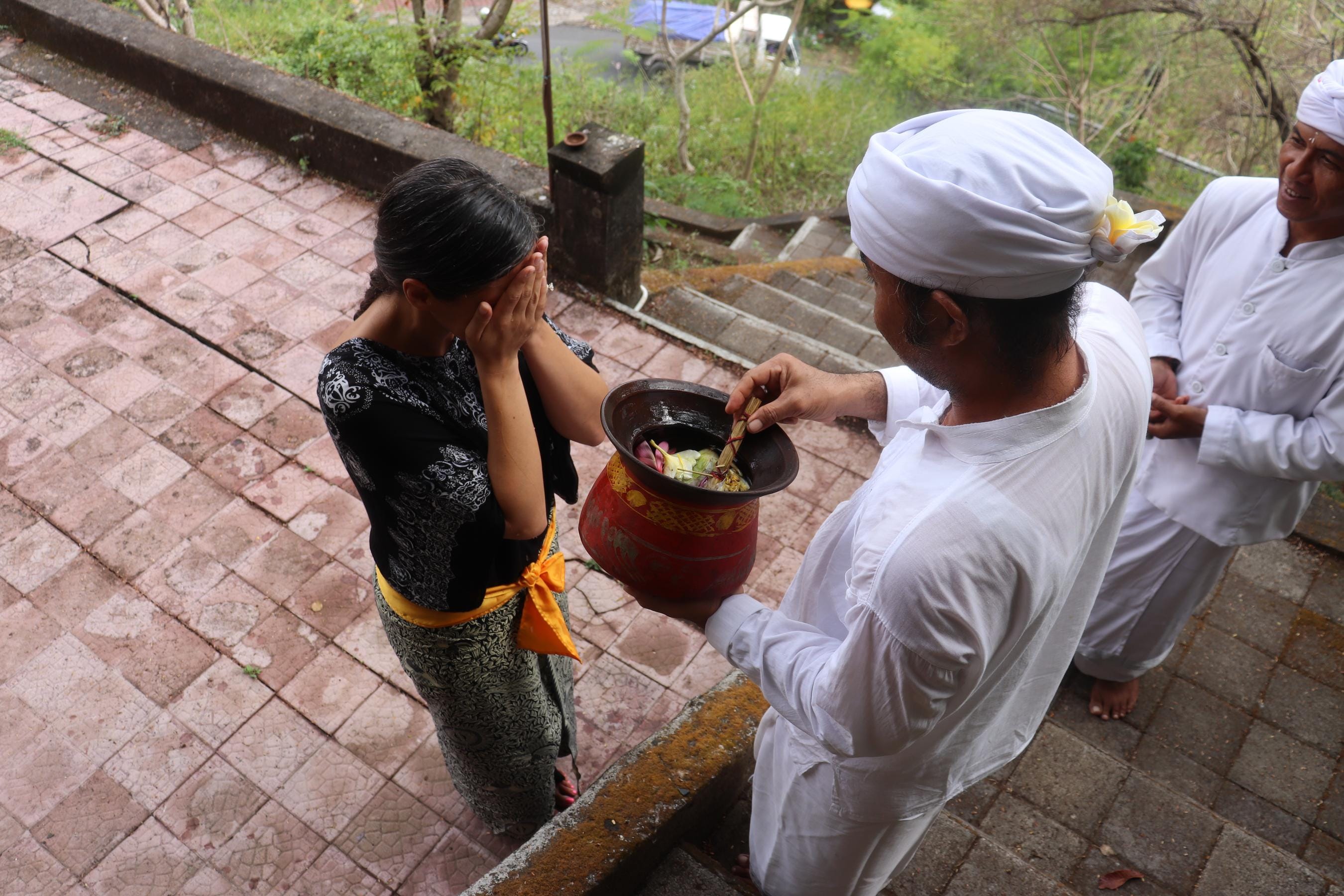 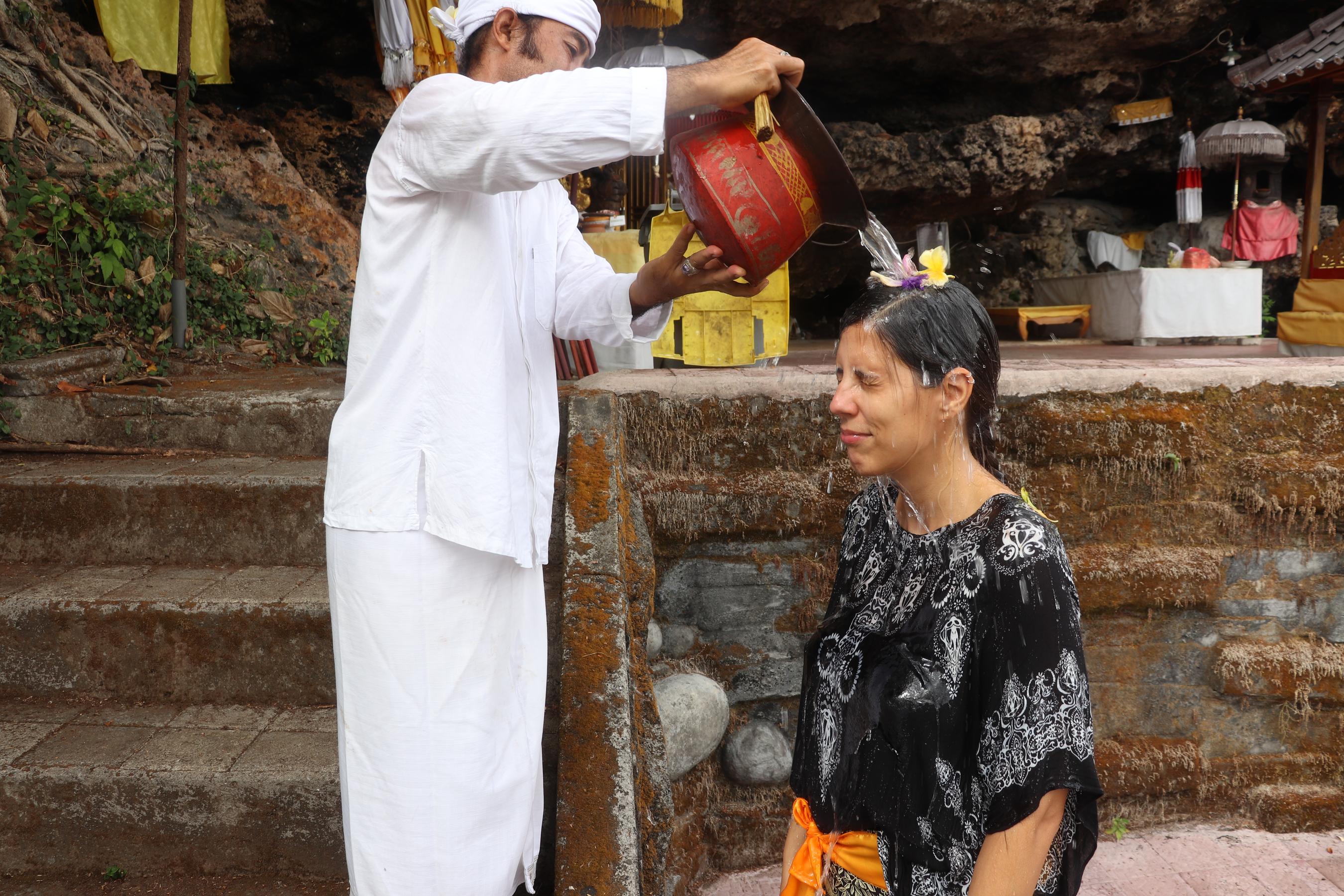 With incense, holy water, frangipani flowers and good energy, we were able to connect with something greater and open up some chakras. I left the temple feeling freshly divine, and rode this wave of gratitude through a 150-minute spa treatment that included an energy scrub, ionizing mud wrap, crystal healing therapy, facial and body massage. Blessed. 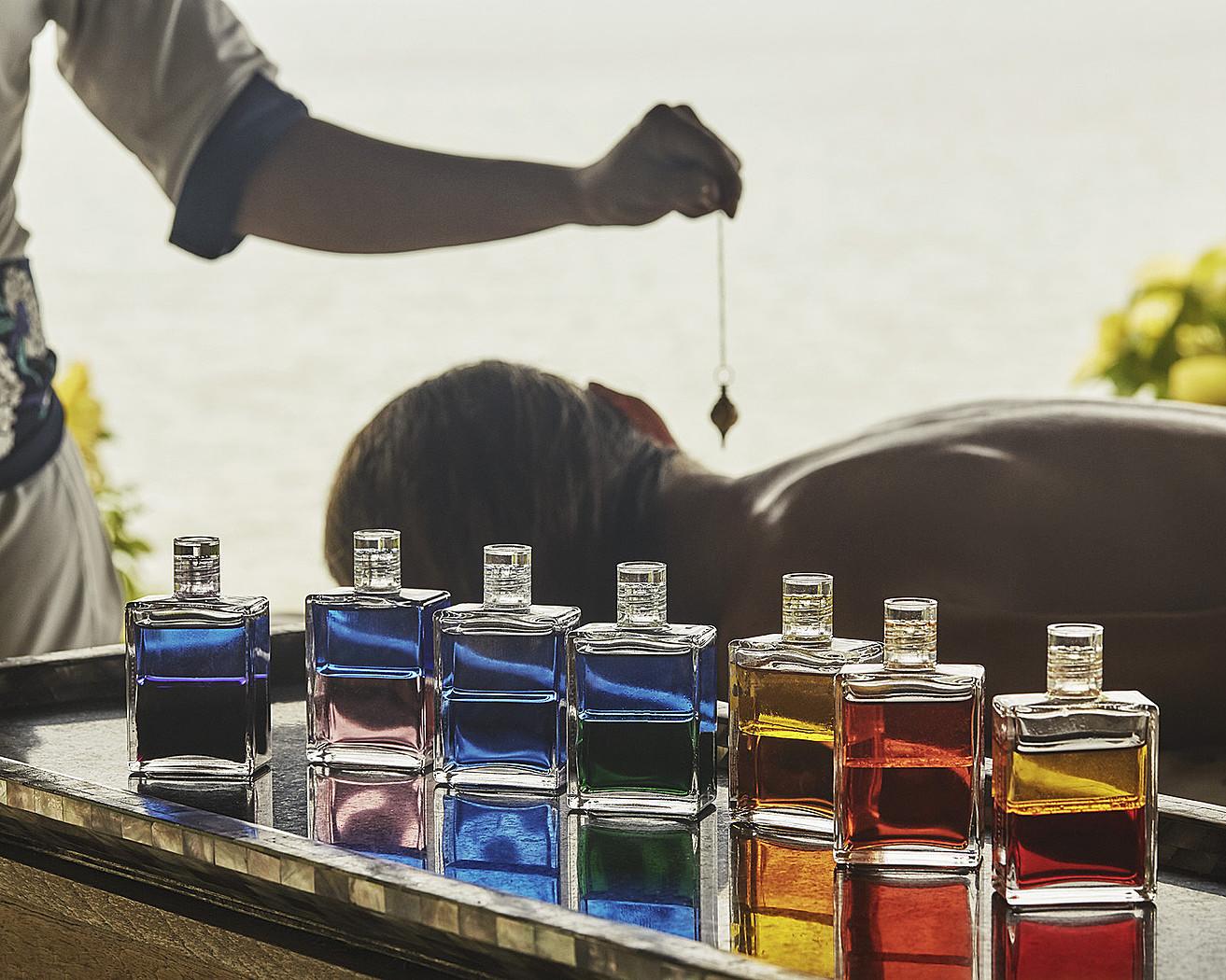 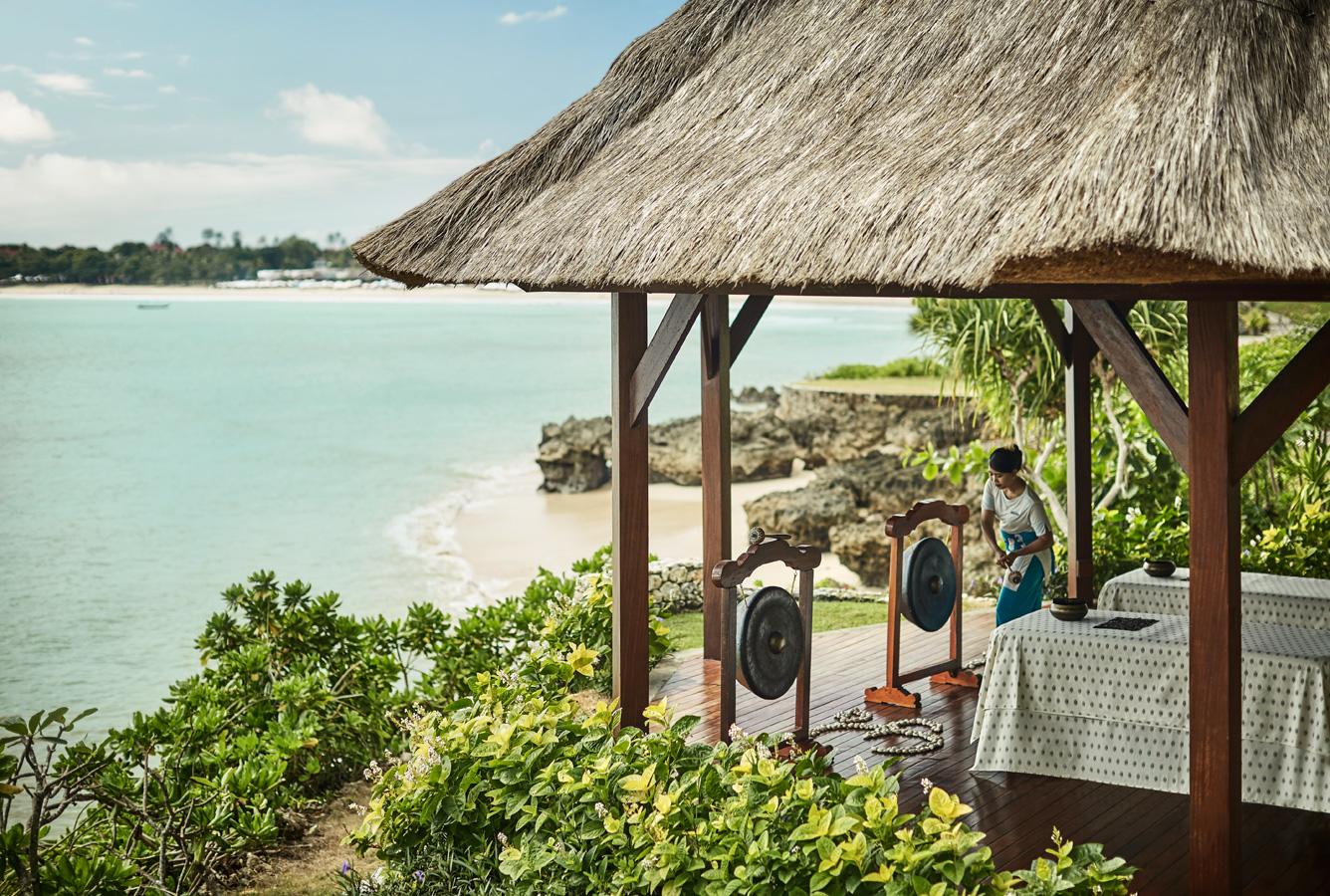 The Obamas somehow managed to snag the Four Seasons Royal Villa suite (I guess they have sway?), which is more of a house, really, and includes a kitchen, living room, and indoor and outdoor dining rooms, and sleeps up to nine. Beside its private pool and sun porch, the villas at Sayan come with lily pond and private meditation area, while the Jimbaran Bay resort offers direct access to the ocean. 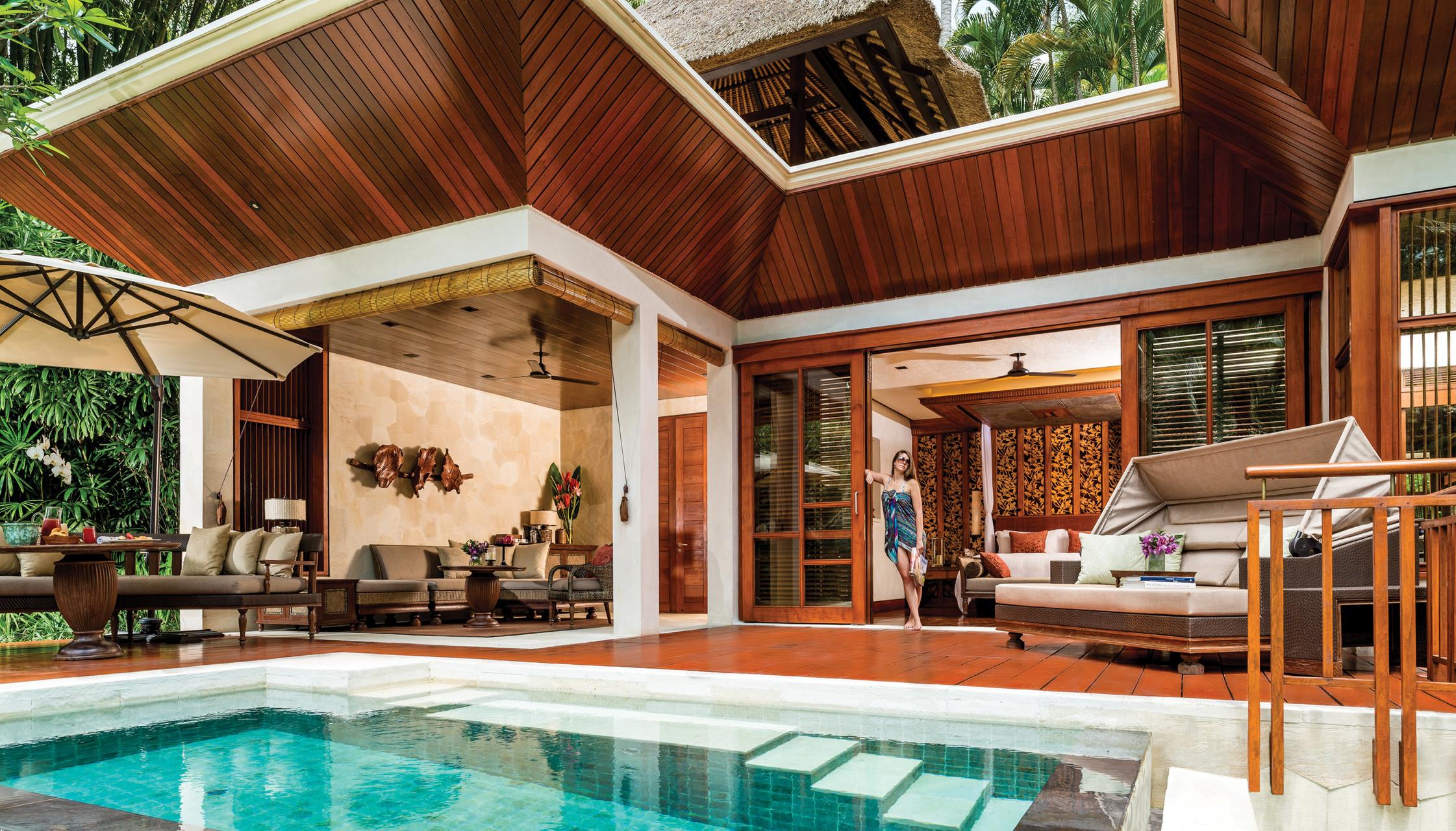 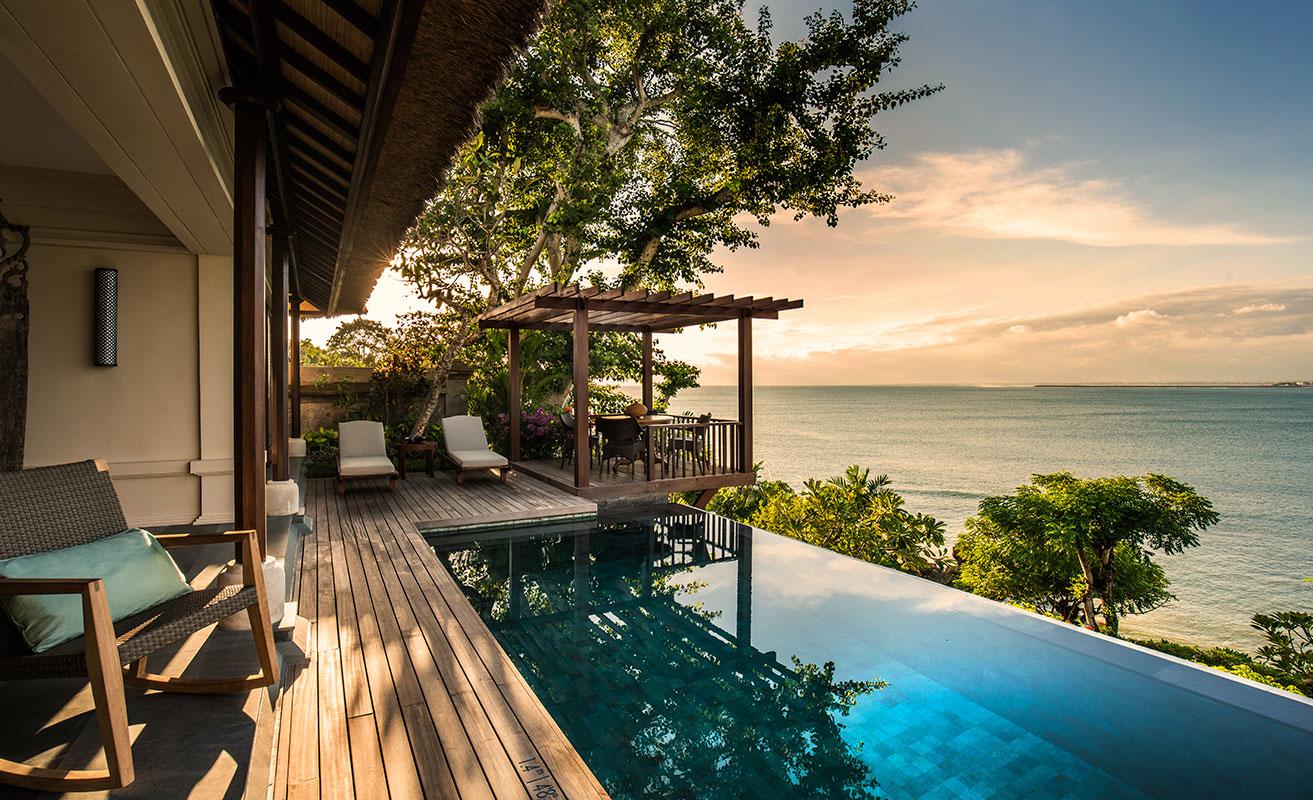 If my deluxe suites were any indication, the Obamas’ quarters must have been swankier than a palace (it was, I stalked past it on my way to every meal). If you want to live like a head of state, especially everyone’s favorite head of state, do yourself a favor and treat yourself like an idol on the Island of Gods.

Icelandic Composer Sóley Gives Us a Tour of Reykjavik

The Most Horrifically Wonderful Mode of Transportation in the United States

Send To A Friend